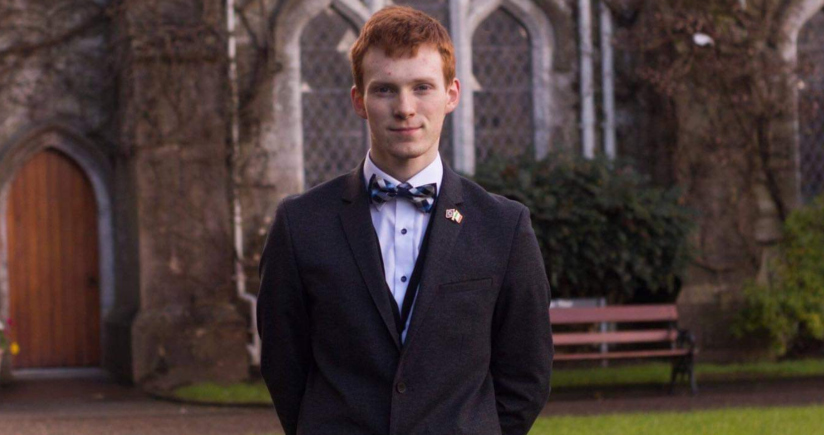 From the Regional Session of EYP Austria Power Shifts Fund moves to the Munster Regional Session of EYP Ireland that took place between 8-10th February 2019. With 205 participants this EYP session is known as one of the biggest regional EYP sessions in the network. The motto of the session “Power of One” was symbolically taken as a campaign run by national energy board at Irish primary schools encouraging young children to switch off the lights and appliances at home. Thus the session’s aim was not only to incorporate energy topic in the academic field but also to instill a green culture at the Munster Regional Session by creating an environment that will encourage the participants to be mindful of their energy consumption throughout the weekend, as well as afterwards. We had a talk with Donagh who was in charge of the session’s sustainability as a “Green Organiser”.

As a Green Organiser I lead the charge on sustainability during the session. I arranged to have documentation such as the EYP Ireland Code of Conduct for the officials arranged via email and e-signatures rather than waste paper at the session. At the session itself, I gave a talk about sustainability to the officials, highlighting the importance they have as role models to the delegates and how they can use that to create positive behaviour when it comes to disposing waste from the session. Also, I made sure that we as an orga team would separate waste during clean-ups and mark recycling and general waste bins accordingly for the delegates to use.

EYP is an organisation that draws on active citizens and, to make their focus on the weekend on being green, I believed I would be able to inspire them to retain their newfound habits and take them into their everyday life.

How the participants reacted to your role?

Like I said above, EYP does pull in active citizens who tend to care about a lot more than just themselves, so it was no surprise to me that the participants of the session responded positively to our green focus. The chairpersons in particular seemed to really enjoy taking on the green side of things and I was really elated to see them separating paper from non-recyclables during their tidy-up after the committee work day.

How do you foresee the future of energy in Europe?

It’s very clear that we as young Europeans are really beginning to take notice and care towards a sustainable future. We understand that the way things are right now cannot continue and I believe we are more than capable of coming to more sustainable solutions for the future of the energy market in Europe. Even from hearing the debate on ITRE I’s topic (on Nord Stream II), I could see the passion the delegates had towards a cleaner, greener, future. Hopefully that commitment to change will see some material results as we get older and start to become Europe’s decision makers.