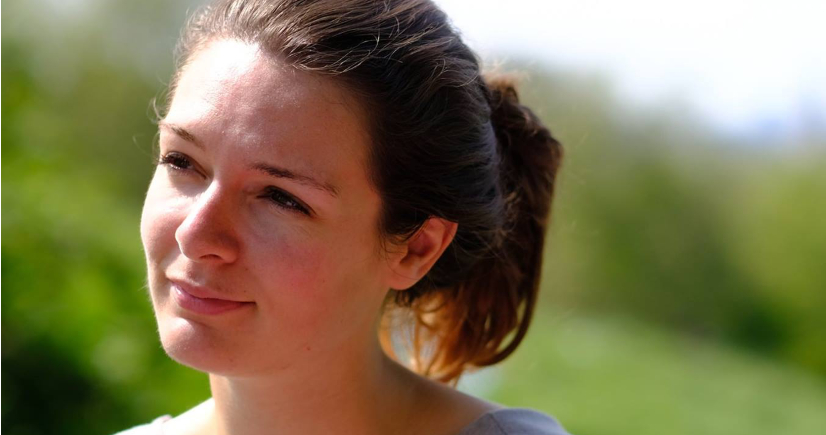 The European Youth Parliament empowers young people from across Europe to be open-minded, active citizens. It provides participants with a forum to develop and express their opinions on a wide range of topics. The next International Session of the EYP will take place in Rotterdam between the 13th and 21st of October 2018, under the theme ‘Discovering Global Europe’. We have asked Sophie Scannell, the president of the session, about her motivation to volunteer her time to this event. Here is what Sophie shared with us.

Can you please introduce yourself and tell us a bit about your role during the EYP International Session in Rotterdam?

My name is Sophie Scannell and I am the president of Rotterdam 2018. I live in Singapore, but home for me is London, and home home is Ireland. 2018 marks 10 years since I first joined EYP. My first ever session was in the spring of 2008 and by the time we’ll get to Rotterdam, that will mark almost exactly 10 years since my first IS, which was in Rennes, France.

What is your motivation to volunteer your time to this event?

I haven’t been actively involved for the past few years, but when you asked me to explain some of my reasons for wanting to come back to Rotterdam, two things were really obvious. First of all, there’s no way, I’ll be able to list all of my reasons here. Secondly, I had a few key reasons that I want to share with you. First of those is that if I really think what people everywhere should be really excellent at, but are often not as good as they’d like to be, it’s communication.  Very often it’s not the speaking out loud part that’s hard, but the listening part that’s difficult. Communication can’t really be taught. But it can definitely be learned. And the best way to learn it is by practice, by experience. That’s one of the reasons I love EYP. EYP puts you in a position where it gives you the opportunity to practise a whole different style of communication in a couple different ways. It’s either when you’re meeting someone new and you’re having a first-ever conversation with them where you develop a rapport. Or whether it’s sitting in a committee with people that you have to form a consensus with and have a roundtable conversation. Or whether it’s speaking to an audience where you have to be aware of the fact that they can’t ask you a clarifying question if they don’t understand what’s what you’re trying to say. All of those are forms of communication that are really important and will continue to be really important for the rest of your life. And all of those are opportunities that you get to practise in EYP, which I think is really cool.
The second reason is people. There are people who are going to be at Rotterdam who I met years ago, and I think they are just fantastic. And there are also people who’ve I’ve just met in the preparation for Rotterdam and I think they are pretty great too! I think we’re all living in our own little selective bubbles, where we meet people who look quite like us – and I think you could argue that that’s true with EYP as well, that it’s a little bit of a bubble because a lot of us have similar backgrounds. But EYP international session is a much wider bubble! The people that you’ll get to meet at EYP, you’d have never gotten to meet otherwise. The people that you get to exchange opinions with, the people that you get to have conversations with, all of that it’s an incredible opportunity. And that’s one of the reasons why I keep coming back to EYP.

What is the highlight of the session you are looking most forward to?

I think EYP is quite unique in trusting in young people with quite weighty topics. I think, there’s a point in time where you start saying that young people can start discussing the things that really matter, but I don’t know how we decide where that line is, and very often is not until you get into university or to your 20s when people say “Look, now it’s the time that you can have an opinion on something that’s serious”. Some of the topics at EYP are really sensitive. The topic of women’s rights and gender equality is about what happens in the aftermath of a sexual assault and how we deal with reporting and prosecution and how we deal with victims. That’s a really heavy topic! It’s one that in a lot of cases, young people wouldn’t be given the trust or the responsibility to discuss. And I think that’s because this kind of topic needs to be discussed with maturity, empathy and intelligence. However, I think that EYP delegates have that maturity, that empathy and they have the intelligence to talk about really quite serious topics and also to talk about them in a way that is sensitive. I’m really excited to see what happens when you have young people talking about things that matter. Not just the committee on FEMM, there are 15 topics that really matter and I’m dying to hear what opinions EYPers have on all of them.

You have started your adventure with volunteering at EYP almost ten years ago. What do you like most about it?
EYP is a lot of different things for a lot of different people. What EYP did was give me a place to express my opinions, and to work with very diverse and interesting people. I once spent a week trapped – because of a volcanic eruption – in northern Norway with a whole team of the session’s officials and a handful of delegates who were able to make it. We set up a three-day dodgeball tournament, all took part in committee work during the days and wrote our media team content at night. I’ve never had more fun.