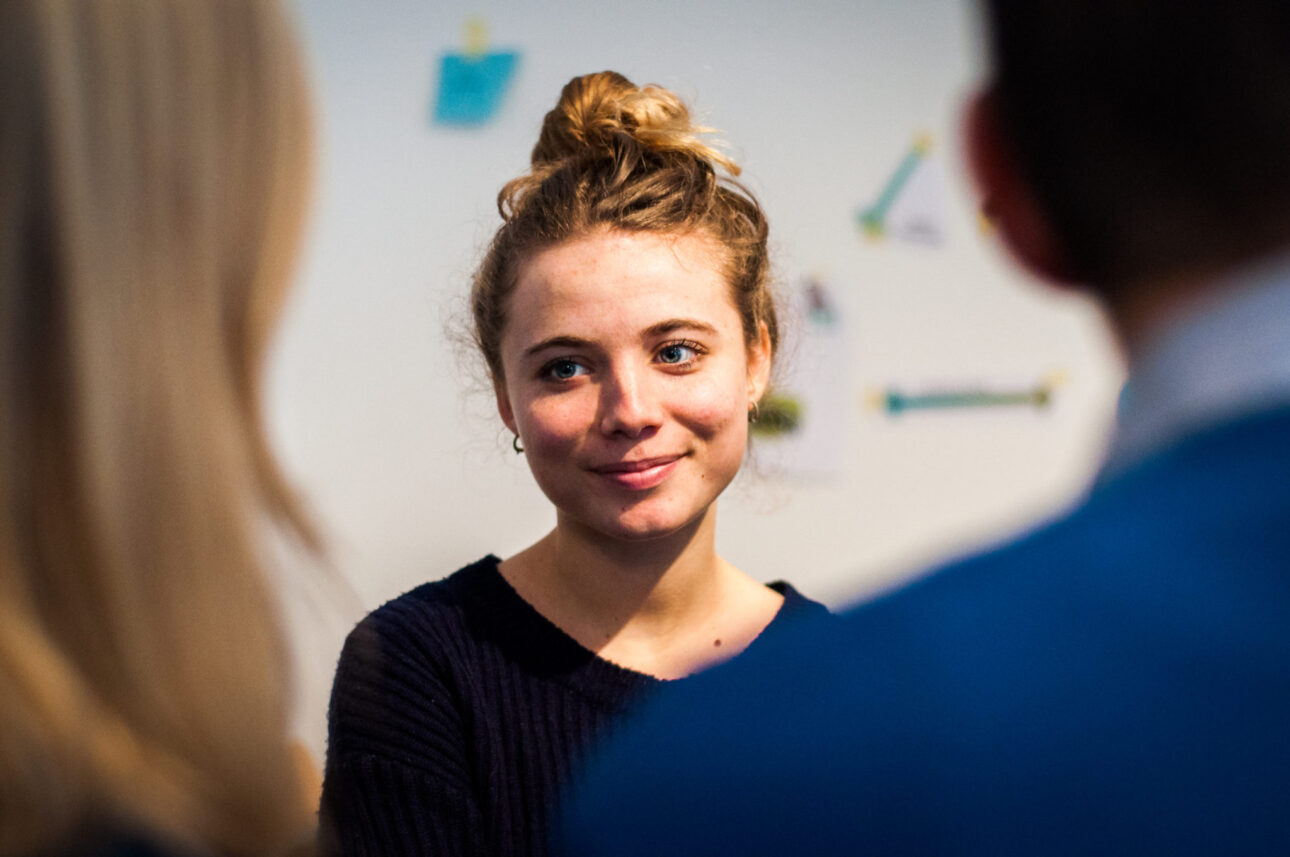 The European Youth Parliament network (EYP) brings young people aged 14 to 28 together across Europe. But who exactly are the people running the network, what are its main activities, and how did it all actually start?

1. EYP is run by volunteers, bottom-up.

Across 40 countries, young people are the ones who plan and implement all activities within the European Youth Parliament network. There are regional and national groups that cooperate with each other, to bring events and ideas of EYP closer to youngsters for example in different schools. All together, around 3,000 young people are currently active in EYP. Also, all ideas on how to develop the network are created on the level of the volunteers: they communicate with each other nationally and internationally as to determine the next steps and to generate the coolest ideas for future projects.

At a session, young people take up different roles starting from delegates who are the main participants of the event, to the organisers and other volunteers running the session. About a third of a session is spent with teambuilding where delegates get to know each other and learn how to interact with their group. After that, a focus is given to more in-depth research and debating on specific socio-political issues in committee work, where a group of delegates dives deeper in a topic and forms suggestions for future policies. These suggestions – called resolutions – are then debated in a plenary format in the General Assembly at the end of a session. The whole session is framed with a cultural programme introducing participants to the location where the session takes place. You can read more about the EYP session concept here.

In the framework of the European Youth Parliament, many other events are also organised. In T4ET (Training for EYP Trainers) and the Summer Academy, active volunteers gain skills related to moderation, organisation, fundraising and PR, among many other topics. The network meets twice a year at the Board of National Committees meeting (or in short: BNC), where policies concerning the National Committees are decided within the membership.

The educational methods EYP uses are part of the wider youth education framework of non-formal education. It uses peer education, group work, and learning by doing methods throughout any EYP event. To find out more about the educational approaches of EYP, have a look at this document.

The European Youth Parliament is founded in 1987 in Fountainebleau, France. Initially run by teachers who looked for opportunities to bring their students abroad, the network is now carried almost exclusively by young volunteers below the age of 28. EYP has since grown to encompass 40 European countries and involving more than 35,000 young people across the continent in its activities on a yearly basis.

5. EYP is non-partisan, meaning it is not politically affiliated.

The European Youth Parliament is not politically affiliated to any party, nor is it affiliated to the European Parliament. EYP’s mission statement includes the aim of empowering young people to become open-minded, tolerant and active citizens. To find out more about the values of the network, have a look at the EYP International Strategy 2016-2020.

6. To run EYP on an international level, there are two democratically elected bodies.

The National Committees, which run EYP’s activities on a national level, send representatives to the biannual meeting of all NCs – the Board of National Committees (BNC). The BNC is in turn chaired by an elected board. To guide the strategic development of the network, a Governing Body of six elected members, four of which are elected by the National Committees and two by EYP volunteers, works throughout the year. Read more about the different organs of EYP here.

7. On a national level, the network is represented by so called National Committees.

The European Youth Parliament is currently represented in 40 European countries. National Committees are the place of contact for anyone interested in becoming a participant or volunteer in EYP. Here you can find a map with all EYP National Committees.

Through its activities, EYP aims to raise awareness of European issues, encourage active European citizenship and motivate young people to get involved in European politics. This means debates around the current socio-political issues that the continent is facing, ranging from environmental and energy questions to the refugee crisis, border control and surveillance. By bringing young people from diverse backgrounds together, EYP promotes international understanding, intercultural dialogue and diversity of ideas and practices.

In addition, EYP contributes to the personal skills development of European youth and continues to provide a forum in which young people of Europe can express their own opinions, without reverting to role play.

9. For EYP, Europe means much more than the EU.

The European Youth Parliament understands itself as a European organisation which stretches across the whole European continent. In its scope of participants and volunteers, topics and partners, it has a much broader European approach than that of the European Union. EYP is also not tied to the EU in any way, although for many of its activities public funds such as the European Commission’s Erasmus+ programme constitute part of the funding.

Everyone who joins EYP activities is encouraged to take a step further with every new event. Possibilities to try out different roles, be it that of a committee leader and chairing the work of the group, organising venues and meals for an event or running EYP’s social media channels, everyone is encouraged to try out something new and learn from more experienced volunteers. Information is passed on in preparation meetings and trainings. On the way, EYPers learn project management, budgeting, public speaking, memorising elevator pitches and leadership. All of this doesn’t sound enough for you? No worries: you might also make some friends for life on the way and learn more about other people’s cultures through personal encounters or by crossing borders to other countries yourself.