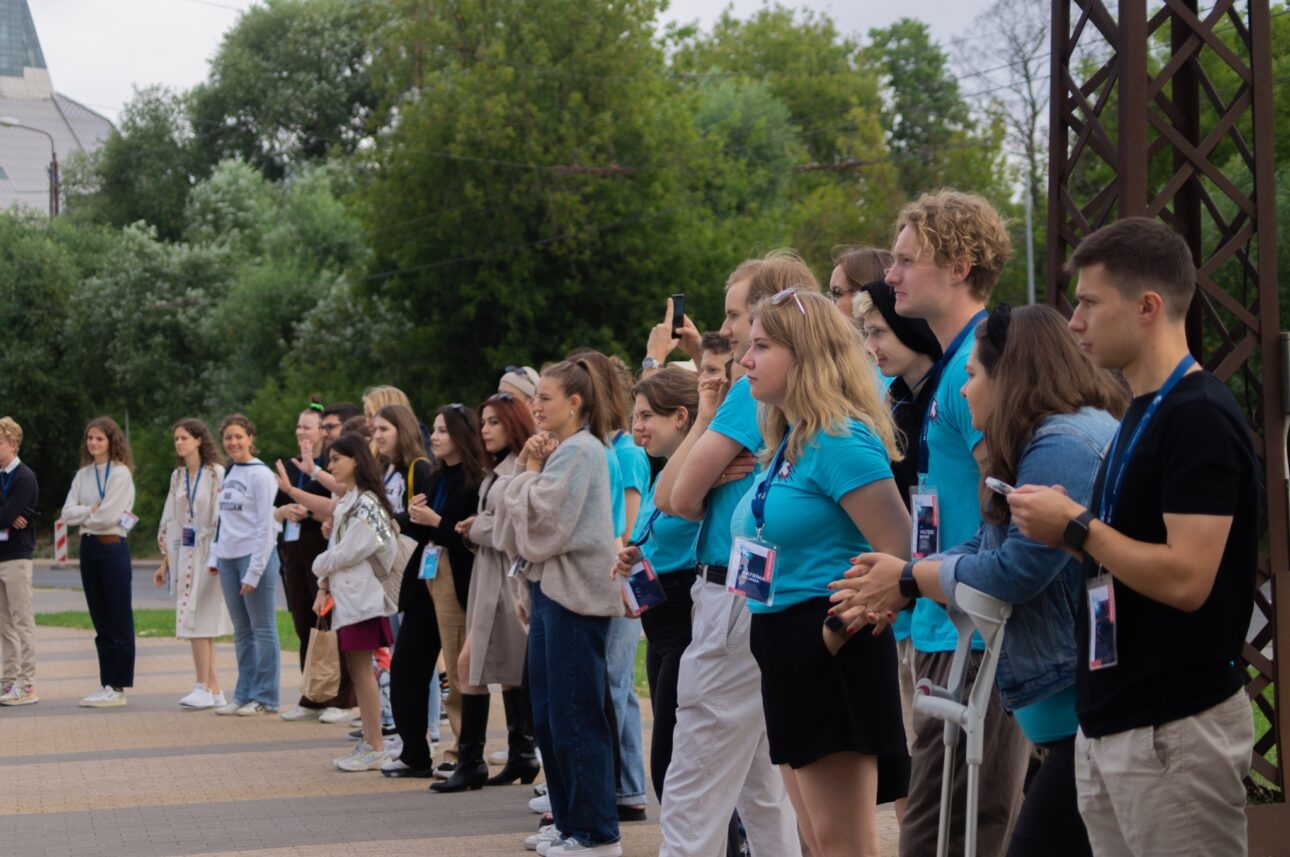 The 96th International Session of the European Youth Parliament (EYP) took place in July in Riga, Latvia. nearly 200 participants gathered from all corners of the continent to discuss European policy, and share experiences with their peers. The theme of the session was Lifelong skills – contemporary solutions, with its focus on adaptation, improvisation, and technology as drivers of change. With the entire EYP network having gone digital over the past years, this first in-person summer session since 2019 looks into the costs and benefits of technological progress, and the role young voices play in those discussions, in this EU Year of Youth.

The first seeds of this event were planted over a thousand days ago by its two Head Organisers: Dana Kristiāna Skrupska & Mazens Zibara. They, together with their organising team, were the ones who turned this event from an idea into a reality, and provided everything the participants needed during the event. The participants were guided in their academic endeavors by the Chairs Team, led by its President Dorothea Weber. They created the space for all the participant to discuss and share their ideas, making sure every delegate felt comfortable and safe. Finally, the Media Team led by Vanda Petrak and Katarina Stefanović captured the session atmosphere and ensured the participants’ memories were saved for the future.

On the first day, as a start to the event, all participants gathered on the bank of the Daugava River, and delegations from all over Europe met and got to know each other.

Team building started the next day, where participants were split into committees of 10 to 12 people. As groups, they started learning how to communicate and solve problems as a team. Under the guidance of their chairpersons, they created bonds and prepared themselves for taking on academic discussions for the rest of the week.

On the same day, the EYP Eurovillage activity took place – this is where each country delegation brings cuisine and drinks from their home country, allowing participants to experience the taste of all corners of Europe.

The delegates spent the next few days in committee work, taking on challenging topics relevant today. Digital democracy, cyber violence, impact of digitalisation on inflation, and many more discussions were all happening at once. The committees were tasked to analyse and identify the problems in their respective topics, and to come up with possible solutions. Throughout these days, the delegates were encouraged to be creative, and not be afraid to share any ideas they may have had, no matter how ambitious they may be.

The opening ceremony took place during the first day of committee work, in the beautiful Hanzas Perons, an event hall in the old Riga cargo station. The event kicked off with the Head Organisers of the event sharing their experiences and hopes for the participants. Next up was Edvards Smiltēns, Deputy chairperson of the Riga city council, who welcomed the participants to the city, and encouraged them to explore and enjoy the beautiful environment. Soon followed Member of the European Parliament, Ivars Ījab, and the CEO of MAK IT. They both gave their perspective on the importance of youth participation and youth voices in politics and society. The editors of the session shared their vision for the media output for the event, and their wish to modernise media in the EYP. Afterwards, the architect of the building, Reinis Liepiņš, gave the participants a look into his philosophy behind design and the building, telling the participants to embrace normality. Finally, a member of the Latvian delegation welcomed everyone to Riga, and the president of the session finished this night by encouraging the participants to embrace the opportunity to grow while they are here. The night ended with a live performance of the European anthem from an Alumna of EYP Latvia.

The participants were also treated to a “Latvian night” during the second day of committee work. Delegates and officials gathered at AB dambis – a dam on the river Daugava with a panoramic view of Riga, and all participants were taught how to dance a traditional folk dance named ”Cūkas driķos”. Afterwards, participants were given the chance to make flower crowns, learn Latvian and facts about Riga, and more about the Latvian culture of dancing. At the end of the evening participants went to watch the sunset together.

After successfully concluding Committee Work, the participants were invited to attend one of the two panel debates with expert speakers on their relevant topics. The first panel was on the future of sustainable transport in Europe, with the support of Rail Baltica, and the other panel was about youth in tech and opportunities of the industry for young people. During one of the panels, participants were addressed by the former European Commissioner – Violeta Bulc, who shared her vision for the transportation system in Europe.

Ahead of presenting their work done in committees at the general assembley, the participants had a day off, which was spent exploring the city of Riga together with the people they got to know over the past days. For those interested, they could also join an interactive city exploration game, or a workshop on disability given by the Safe Team of the session. In the evening, participants came together again for a Euroconcert activity, where participants get to come on stage and showcase their diverse set of talents. Taking place at the Splendid Palace cinema, a trio of volunteers from different countries hosted the event that saw special performances. The likes of a wonderful rendition of “Imagine”, by John Lennon with changed lyrics to fit the event in Riga, or even reciting poetry while juggling.

The General Assembly of the Riga International Session was opened by the speeches of Luisa Seiler, the Executive Director of the Schwarzkopf Foundation, followed by the Member of the European Parliament Dace Melbārde, and the Head of the European Commission in Latvia Zane Petre. During the two days of the General Assembly, plenty points of debate, questions, and suggestions were raised by the participants presenting and defending their resolutions. The debates were filled with insightful conversations that had all the delegated engaged and contributing to the improvement of each other’s work.

After many days of forming friendships across borders and discussing some of the most relevant topics of today, it was time to close another successful EYP flagship event and say goodbye to the participants of Riga.

This event would not be possible without our partners, among them German Savings Bank Association, Erasmus+ programme of the European Commission, MAK IT, United Nations High Commissioner for Refugees, Gravity Team, University of Latvia, Association of Nordic Engineers and all the other partners and speakers.