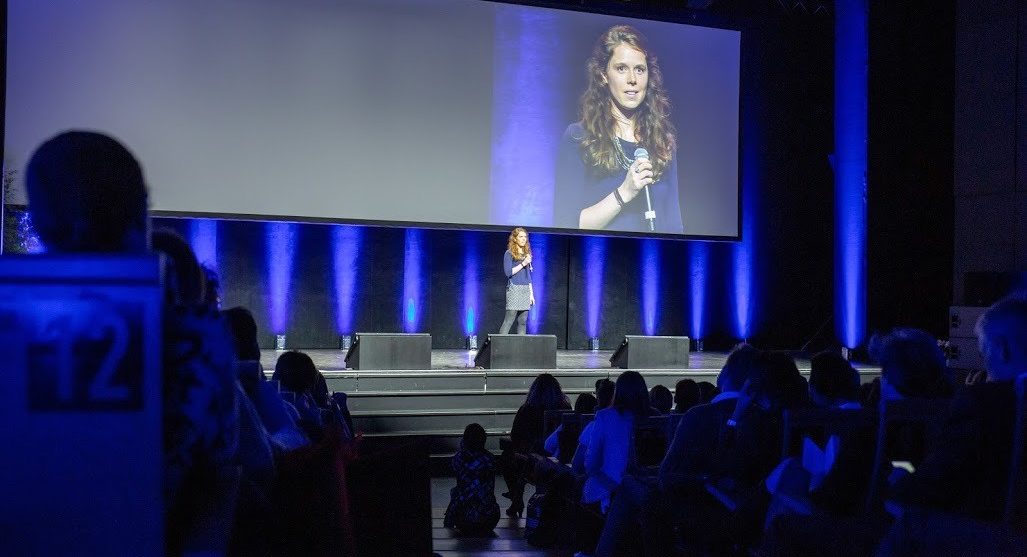 Nora Wilhelm is a Swiss EYP alumna who’s been an active member of our network for many years. She served as the President of EYP Switzerland from 2014 to 2016 and Head Organised the International Session in Laax, in 2016. For her work on sustainability, youth involvement and gender equity, she has amongst others been recognised as a UNESCO Young Leader, Founding member of Cohort 2030, “Swiss maker” by annabelle and Outstanding Young Person of the Year by JCI. She is also Co-Founder of an initiative called collaboratio helvetica.

To begin with, how would you describe yourself in one sentence?

Can you tell us about the initiative that you are involved in and what it is that you do?

Collaboratio helvetica is an initiative that has emerged from the conviction that we need new forms of collaboration and a new, holistic way of thinking for the challenges of our time. In order to reach the Agenda 2030 and create a more sustainable and socially just future, we need to work on transforming the human-made systems that are producing the problems we face. We support this systemic change with innovative approaches and creates spaces for dialogue, cooperation and the testing of holistic solutions.

How does your current involvement(s) relate to your
EYP experience?

When I look back and connect the dots, it is clear that several EYP milestones lead to what I am doing currently. Collaboratio was amongst others born out of the people I met and the ideas that emerged during Laax 2016. I am taking what I learned in the EYP and the purpose I have found forward in this new initiative. It’s more challenging to established systems than EYP is, but it contains some of the same principles around organic community growth, mutual support and collaboration.

How much, and in what way did EYP help you get where you are now?

I can say without a doubt that I would not be where I am today without the EYP. In its amazing model, the EYP activates the inner drive of young people to move forward and we acquire valuable skills without even noticing. Why would 18 year olds otherwise contact the presidents of their countries, raise several hundred thousand francs/euros, lead a team of volunteers and negotiate contracts? Sure, we stumble along the way, and not everything works out perfectly – but we grow so much in the process. To name just one example, I would never have practiced public speaking at this level of authenticity were it not for the speeches I have given as President and Head Organiser. Beyond concrete skills, EYP taught me that magic awaits beyond my fears and that we can make our craziest dreams come true. The memory of watching the full moon rise over the mountains during the Gala at the Closing of Laax 2016 will forever be a testimony to this.

What does it mean for you to be an active citizen?

To me, being an active citizen means living a life
that is in accordance with your values and contributing to co-creating the
world we want to live in. We participate in our political systems, know we vote
with every purchase, and do work that fosters a better future.

Do you believe that young people change the world and how?

Young people have the potential to be the disruptors of the status quo and leaders of change. We have the right to stand up for the future, as it is ours much more than it is the future of the people currently in power. Especially in a historic point in time when across sectors leaders find themselves systemically unable to address the challenges we are facing, the world is looking at younger generations for answers. Whilst it is unfair to have us carry the burden of other people’s greed, there is great potential for transformation if we are able to contribute more significantly now and co-create solutions that work for generations to come. Our advantage when it comes to creating a future distinct from the past is that we have much less to unlearn, and have not yet lost our ideals – which really is what the world needs now.

Many thanks to Nora for sharing her story.