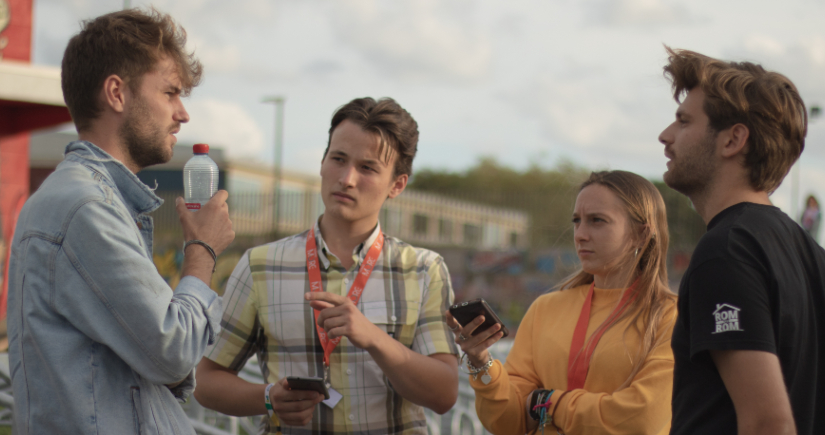 Involving locals, putting sustainability into practice and giving ownership to all participants were the goals that young volunteers who organised the EYP International Forum in Mechelen 2018 had set for the session. The event that happened between 9-14 September 2018 in Belgium was a great success and had a substantial impact on its participants and everyone involved.

What‘s new?
One of the main goals of the session was to involve the local citizens of Mechelen in the session. During the „Mechelen x Europe“ event, locals were invited to join international working groups (committees) and discuss current European topics. They could also participate in a panel debate and Euroconcert, attend workshops on the history of European languages or media and democracy. Moreover, they were also invited to contribute to the General Assembly where all participants come together to debate their proposed resolutions.

Input from the streets
As a new committee work method, the chairpersons of Mechelen 2018 took their committee members to the streets of Mechelen to conduct social surveys with the locals. All committee topics were selected carefully in order to be relevant also on a local level. During conversations with people on the streets, the delegates found out how big was the awareness of their topic among the general public.  They also got hints regarding issues to resolve or conflicts to address in later stages of their committee work. Many of the ideas that the locals shared with the delegates impacted their final resolutions.

Reality check
Furthermore, the citizens of Mechelen were also invited to join the General Assembly of the International Forum. In almost all debates, locals had a timeslot to contribute with their ideas and to make the General Assembly reflect on the impact that the resolution would have on them individually. Sometimes they even encouraged the General Assembly to reconsider regulation as not necessarily the best method of fostering changes. Lena Strehmann from Austra who was the president of the session, said: “The Forum taught me how to turn something that was a small idea in the beginning, into a vision that is implemented and experienced by all participants of the event. With that, Mechelen 2018 opened to me many new spheres of what the EYP can achieve when we do not only limit our impact to the participants but also open reach out to local inhabitants of the places we visit.”

Stay tuned!
The officials’ of the session are now preparing a report on how their vision of an open and inclusive event was implemented and how it impacted the session’s organisation, including chairing methods. The report will be published and shared with the network.