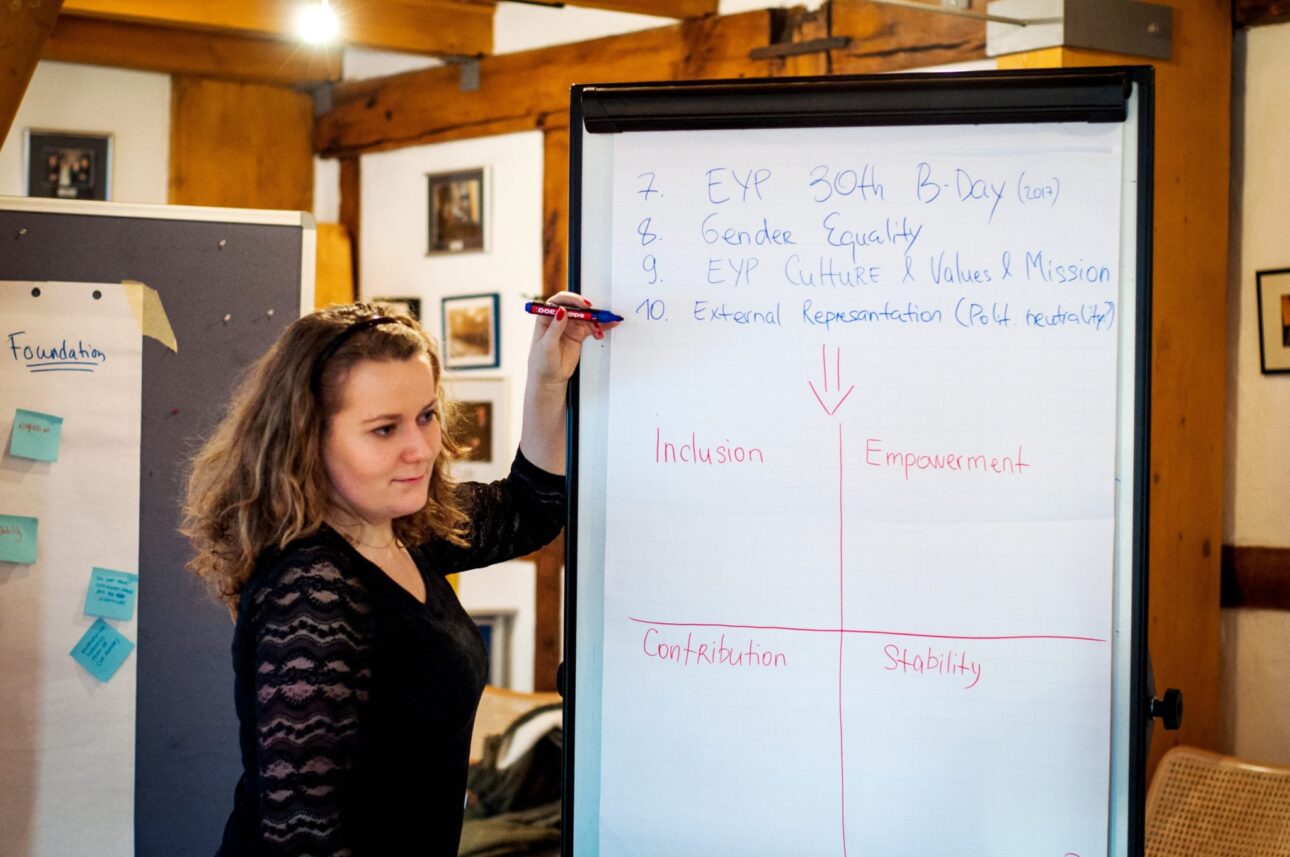 Across 40 countries, young people are the ones who plan and implement all activities within the European Youth Parliament network. On an international level, the European Youth Parliament is governed by an international board. The Governing Body is elected annually by the members of the National Committees and by the participants of the International Sessions, the biggest events of the network. But who are the people leading to work of the network now?

The Governing Body represents the interests of the European Youth Parliament as a whole. It is mainly responsible for the strategic development of the EYP and for facilitating the work of the organisation at the international level. In particular, it sets the guidelines for the three annual International Sessions to ensure their high quality and representativeness. It is also responsible for human resources, ensuring the educational standards of EYP and establishing a strategy for the EYP as a whole. You can find the current International Strategy of the European Youth Parliament here.

The GB also delivers input to the biannual meetings of the Board of National Committees, which was previously introduced in this blog post.

The GB is composed of six elected members, four of which are elected by the National Committees and two by EYP alumni. A representative of the Schwarzkopf Foundation also sits on the GB, and the Executive Director of the EYP participates in every meeting, adding practical input to the work of the board.

The members of the Governing Body 2017 are (from left to right):

Here are a few words from members of the current Governing Body (GB):

“The GB keeps the entire network in mind when making decisions. Having been elected by both active members and the BNC, it’s important that this is reflected in our decisions and proposals. We focus strictly on strategic development which is not always possible for National Committees to do, being occupied with the hectic day-to-day work of running a national organisation. We work with the creation and follow-up of our international strategies. These elements are essential for both the smooth running of the network and to its longterm progress and relevance.”
Noura Berrouba, 22, involved in EYP since 2011

You can contact the Governing Body on the following address: gb@eyp.org