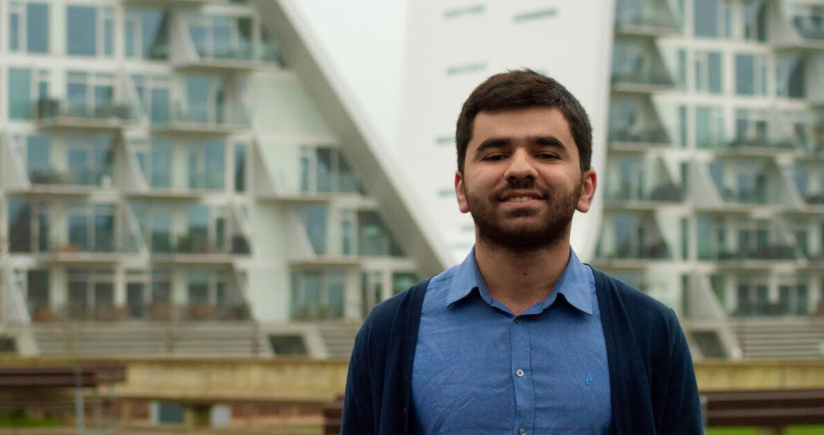 157 young people came together in Baku to discuss challenges in the energy sector of the oil-reach Azerbaijan. During the EYP National Selection Conference that took place between 21-24 March, energy issues have been handled from different perspectives like economic diversity, R&D, international cooperation and affairs or agriculture. We asked Rasim Khankishiyev from EYP Azerbaijan about his impressions of moderating discussions held at the Committee on Women’s Rights and Gender Equality (FEMM) that focused on the topic below:

Although women receive equal legal, educational, and political opportunities in the governmental structures, only a small fraction of women in Azerbaijan are involved in the oil industry. How can the EU collaborate with Azerbaijani institutions in order to encourage more women’s involvement in the country’s most prominent sector?

What motivated you to become a group discussion moderator (a chairperson) during the EYP session in Baku?

First of all, besides my own interest of being in charge of this position, chairing a topic about our country’s most predominant sector motivated me further to see what is the next generation’s view on this sphere. It was somehow predictable to observe the different perspectives presented by each individual. The main reason is that, despite having enough oil resources roughly for the next 30 years, Azerbaijan is equally sharing its interest in altering renewable energy recourses with its reach oil & gas industry. And of course, this undoubtedly created fruitful and at the same time heated discussions in the Committee.

Why do you believe that it is important to discuss the role of women in the oil industry in Azerbaijan?

If you go and surf the web, you will actually find out that first woman working in the Oil and Gas industry was actually from Azerbaijan during the dominance of the Soviet Union. This fact already triggers lots of minds. If we consider that back then when Oil and Gas mostly required physical labor in comparison with today where the industry is also in need of people doing office work or holding managerial positions. Why shouldn’t women be part of the industry? Especially if it’s the country’s predominant sector. It’s still totally rare in Azerbaijan but oil companies started to hire women which makes me personally happy to a great extent.

What were, in your opinion, the most creative solutions that your committee has come up with to tackle this issue?

To be honest, it was challenging for the delegates to get a grasp of problems in the local sphere because of lack of resources in English about women employment in Oil and Gas in Azerbaijan. However, in between, we came up with some creative solutions, like e.g. holding sessions by those few female experts working in Oil and Gas. As the delegates said and I quote “This would create some kind of role model for the ones who are interested in involving themselves in the sector but at the same time pressured by the social factors”. As a result, it’s all about breaking the stereotypes.