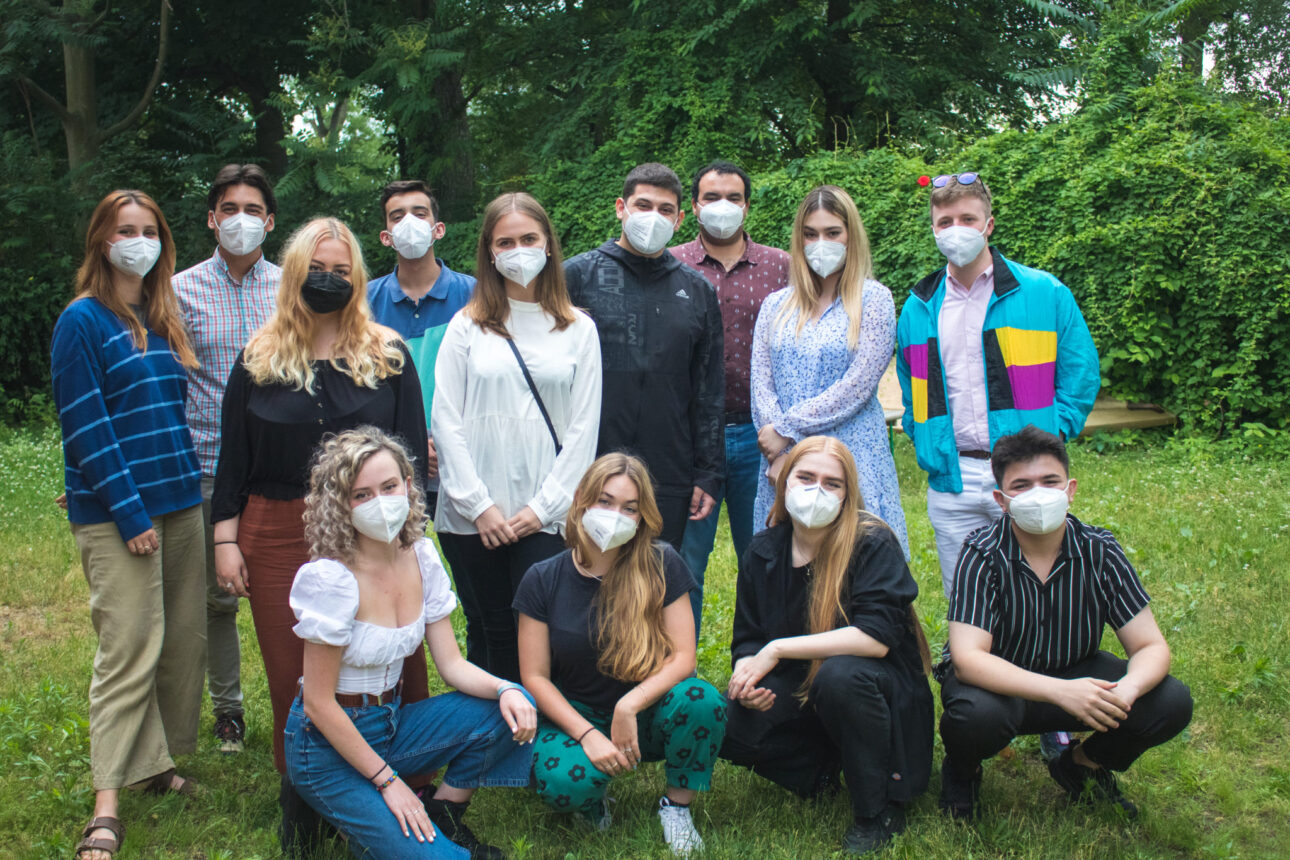 The European Youth Parliament network can proudly look back on the Active Citizenship Lab, an event that took place between 24th – 27th of June, an initiative born of the new EYP 2021-2025 Strategy, the first pillar of which aims to drive the EYP networks towards being a catalyst for active citizenship. The Active Citizenship Lab is a project meant to kick-start a long-term process for the promotion of a more impactful, socially engaged, and community-oriented EYP network through the activation of an international network.

More concretely, the purpose of the Lab was to empower its participants to become Active Citizenship Shapers, who will be ready to carry on and promote the ideas and concepts transmitted and developed at the event through 2021, and throughout their own activities within the EYP network. This multiplier effect is meant to create the stimulus for acts of direct engagement with the societies in which EYP national chapters inserted, directly intervening to create the sustainable future of Europe linked to the Sustainable Development Goals framework.

The Lab was a 4-day event, occurring in an innovative hybrid format: in addition to the 12 Shapers participants gathered in the EYP Office in Berlin, several others joined the event through the Internet, allowing for both social interaction between participants and a more significant multiplying effect, while minimising travel and social gathering risks. They were joined by several employees of the EYP Office, as well as the Lab’s Head-Facilitator, an EYP alumnus personally active in active citizenship work in his home country of Switzerland, Tarik Lazouni, as well as the member of the EYP international Board responsible for active citizenship and advocacy, Ludovica Formicola, from Italy.

A video shortly providing context to the Lab and the impact it had on the Active Citizenship Shapers can be found below!

The institutional partnership of the EYP with the E.ON Foundation in the frame of Power Shifts project was a key pillar in ensuring the event was possible, and indeed a success. Since 2016, the E.ON Foundation has provided EYP with financial and knowledge-based support for the organising of its flagship events, the EYP International Sessions, as well as a myriad of initiatives and decentralised projects throughout the 40 countries of the EYP network. Particularly passionate about the impact of energy policy and the social responsibility of energy sector actors in limiting the effects of climate change and creating a more sustainable future, the E.ON Foundation partnership with the EYP is an example of socially conscious organisations acting in tandem to bring about a better future.

For this goal, they were supported by several experts in the field of active citizenship, who provided valuable insights into the unique challenges of the sector, and how young people can act in order to meet them. Among these experts were:

Many other experts joined several parts of the Lab, allowing for insightful discussions to be had, and for the Shapers to take valuable information and knowledge for the promotion of active citizenship in their future activities in the EYP network. The Active Citizenship Lab also provided the opportunity for the Shapers to directly interact and coordinate potential future partnerships with organisations active in the social sector in their respective countries through the Active Citizenship Fair, creating spaces for both the EYP and the NGOs that joined (the European Youth Energy Network, Student Energy and Open Policy Europe) to explore new avenues for impact and effect positive change.

More so, participants received a 3-hour training from the Good Lobby, namely from renowned academic Alberto Alemanno, a leading expert on democratic decision-making within the European Union, getting practical knowledge on the potential for citizen action for lobbying governments in a positive and constructive manner, through insights present in the European Guide to Citizens’ Lobbying. The Active Citizenship Shapers also got to learn good practices from the rest of the EYP network the stories of 8 successful projects with a strong focus on active citizenship, notably #EYPinAction by EYP Georgia, the Citizen’s Convention idea by EYP Ireland, WeCleanFromHome activity of EYP Cyprus, among many others.

The impact the event had on participants were very significant, with Elona from Kosovo telling us that “the Active Citizenship Lab helped me widen and broaden my perspectives and knowledge as a young citizen of Europe”. Luke from Ireland finds that after the Lab, active citizenship is “anything that we can do to make a difference. I’ve always been told that one small thing can change the world, and I try to live like that. The Lab has given me the tools to actually make that difference, and it is something that will with me for a long time.” Find more quotes of the participants here.

As the participants of the Lab can attest to, this event was not only an underlining of the challenges ahead, but also a hugely significant step forward – a reminder that it is not only in the hands of others that the power to change the world lies, but also in each young, determined person, who can shape the communities they live in. The help and collaboration of the experts and partners at the EYP Active Citizenship Lab made this realisation possible, for all its Shapers, and for the whole of the EYP network, who will benefit from their work and insights.

Best Practices and Reflections on Active Citizenship in the EYP